I love adding some Americana to my summertime farmhouse decor! Find out how easy it is to make these primitive wool flags using ric rac, felted wool, and sticks in this step-by-step tutorial.

These prim flags are cute added to a display of geraniums or patriotic decor.

I am going to use a red wool for the background of my flag, white ric rac, and a navy blue star.

You could use other combinations depending on the supplies you have.

Perhaps you could make a blue background with white ric rac and a red star,

or a cream background with red ric rac and a blue star.

Cut a piece of felted wool 5 inches by 7 inches. This will be the background of the flag.

I didn’t measure mine, but it was probably about 6-1/2 inches long.

Pin the top, shorter ric rac piece 3/4″ down from the top of the felted wool.

Pin the next ric rac piece 3/4″ down from the top piece of ric rac.

Pin the third ric rac piece another 3/4″ down from the second piece.

Sew a straight line down the middle of each piece of ric rac using thread to match.

The star needs to be about 2-1/2 inches tall and about 3 inches wide.

about 1/2 inch long right down the middle of the star using thread to match the star.

Sew the Wool Flag to the Stick:

Place the flag about one inch from one end of the stick.

Thread a needle with sewing thread to match the background of the wool flag.

and wrapping the thread around the stick.

If you have lots of wool, be sure to check out this class to make wool houses and trees. 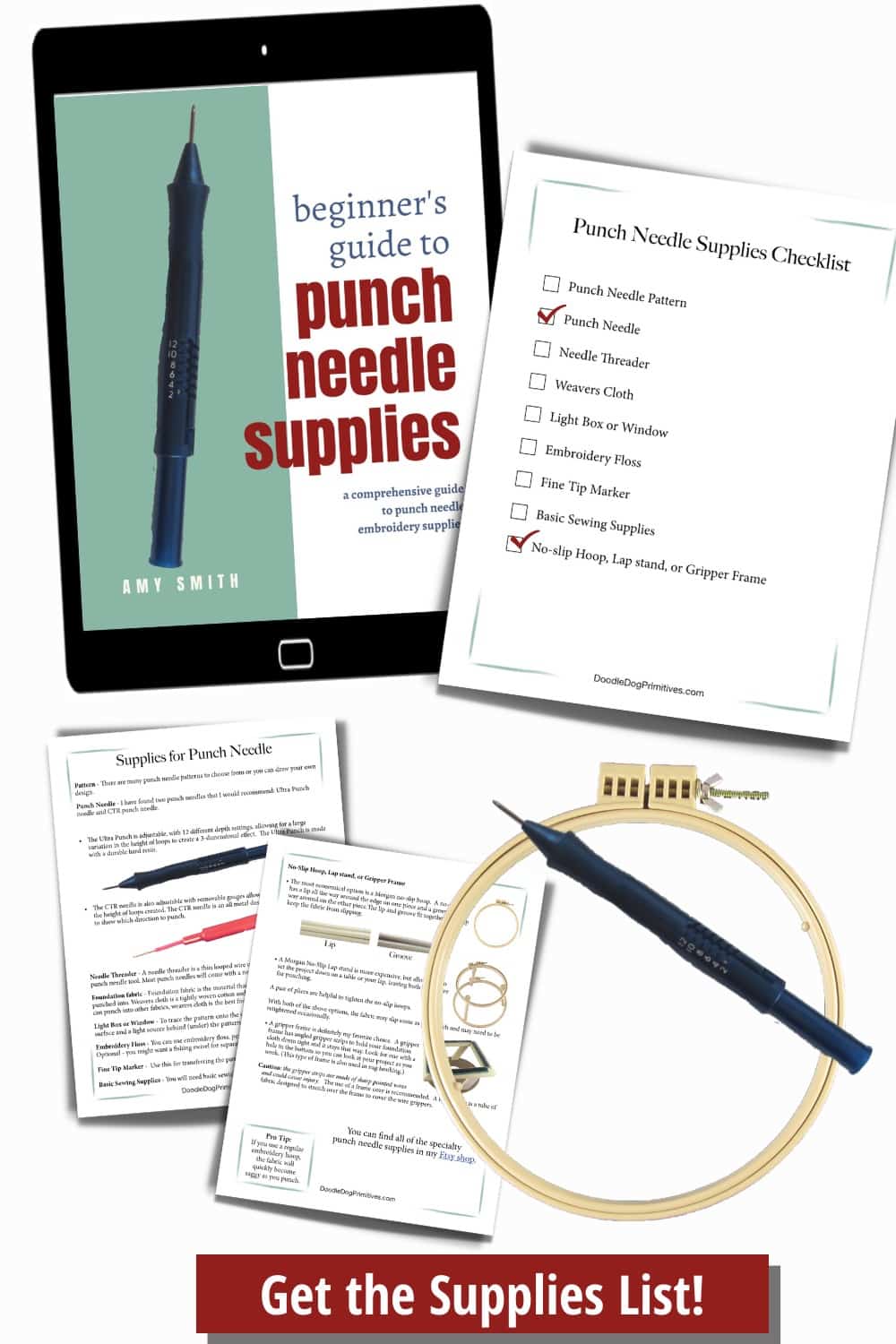 Did you find my tips helpful?

Please feel free to buy me a coffee! 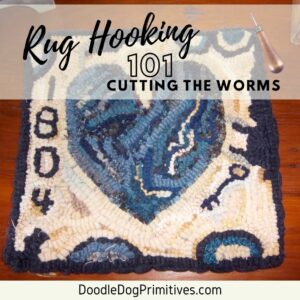 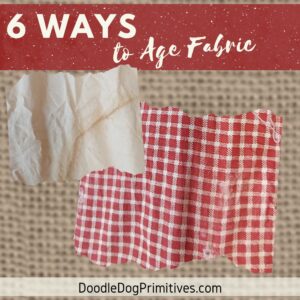 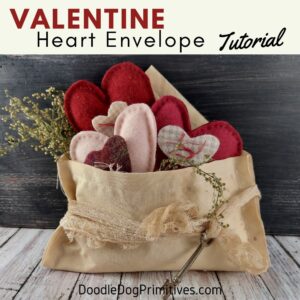 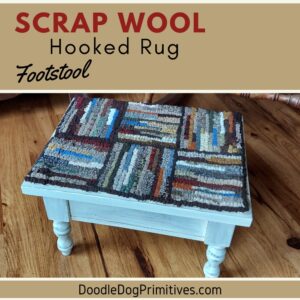 AMAZON ASSOCIATES DISCLOSURE DoodleDog Designs, LLC is a participant in the Amazon Services LLC Associates Program, an affiliate advertising program designed to provide a means for sites to earn advertising fees by advertising and linking to Amazon.com.
Wholesale   Disclaimer   Privacy Policy   Terms of Use   Contact Us
We use cookies on our website to give you the most relevant experience by remembering your preferences and repeat visits. By clicking “Accept All”, you consent to the use of ALL the cookies. However, you may visit "Cookie Settings" to provide a controlled consent.
Cookie SettingsAccept All
Manage consent

This website uses cookies to improve your experience while you navigate through the website. Out of these, the cookies that are categorized as necessary are stored on your browser as they are essential for the working of basic functionalities of the website. We also use third-party cookies that help us analyze and understand how you use this website. These cookies will be stored in your browser only with your consent. You also have the option to opt-out of these cookies. But opting out of some of these cookies may affect your browsing experience.
Necessary Always Enabled
Necessary cookies are absolutely essential for the website to function properly. These cookies ensure basic functionalities and security features of the website, anonymously.
Functional
Functional cookies help to perform certain functionalities like sharing the content of the website on social media platforms, collect feedbacks, and other third-party features.
Performance
Performance cookies are used to understand and analyze the key performance indexes of the website which helps in delivering a better user experience for the visitors.
Analytics
Analytical cookies are used to understand how visitors interact with the website. These cookies help provide information on metrics the number of visitors, bounce rate, traffic source, etc.
Advertisement
Advertisement cookies are used to provide visitors with relevant ads and marketing campaigns. These cookies track visitors across websites and collect information to provide customized ads.
Others
Other uncategorized cookies are those that are being analyzed and have not been classified into a category as yet.
SAVE & ACCEPT
Powered by

Use of this site signifies you are in agreement with the terms of use.